According to statistics, in 2011, Korean textile raw material exports reached 5 billion U.S. dollars, an increase of 15.9% year-on-year. This is after 2010, South Korea's textile raw materials exports again to maintain double-digit growth rate. According to the latest forecast data released by the Korean Ministry of Knowledge Economy, the export of Korean fabrics in 2012 is expected to increase by 7.1% from 2011, and will reach approximately US$5.4 billion.

According to statistics, in 2010 and 2011, Korea's exports of textile raw materials to China reached US$1 billion and US$1.2 billion, respectively, while imports were US$1.4 billion and US$1.6 billion respectively. The fact that China's exports are lower than imports has attracted the attention of the Korean industry. In the next few years, Korea will further follow up and participate in the production cooperation of China's textile and textile companies.

Waist Interlining is a kind of woven  interlining ,specially used in waist of the trousers and skirt . It can make the waist fabric hard ,skid resistance,and setting the pattern . 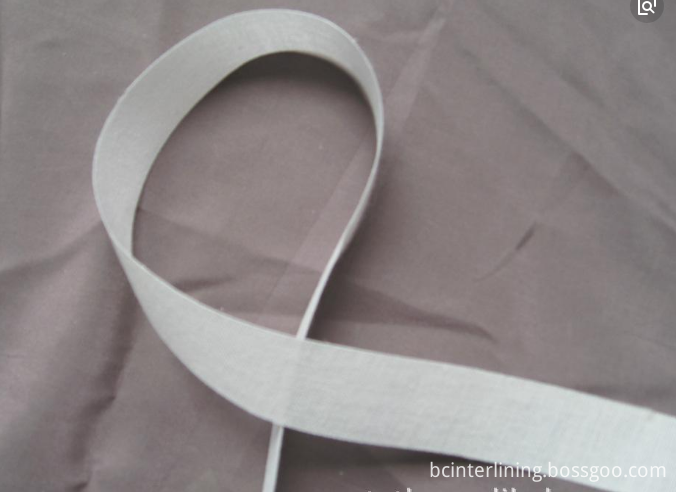